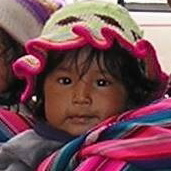 Tinku–Confirming the Rules of Life

(The title of this post was taken from a section of Inge Bolin’s book Rituals of Respect: The Secret of Survival in the High Peruvian Andes).

My post Yin/Yang of the Andes laid out the basic principles of the ‘complementarity of opposites’, a concept that is fundamental to the Andean Cosmovision (as well as to Taoism). In the post Warmi-Qhari I examined how the complementarity of opposites informs the relationship between women and men in the Andes. In this post I would like to take a look at how the complementarity of opposites informs the relationships between the indigenous communities in the Andes. The information comes from the beautiful and insightful writings of the anthropologists Inge Bolin and Catherine Allen, and it also passes my personal test of generally fitting what I have witnessed (without explanation) in my own travels in Peru. At the end of this post I provide the page numbers of the relevant sections of their books so that you can peruse their original material yourself to get a richer picture.

A good place to start is with the Andean festival of Pukllay. Pukllay is held in the Andes in February over a period of eight days. After the Spanish arrived the festival was incorporated into the Catholic celebration of Carnival but it still contains strong connections to its pre-conquest roots. Pukllay is a time of singing and dancing, ‘Women dance with bundles of maize, grain, and fruit in their shawls. Young mothers bundle in their infants as well, who bounce wide-eyed above the maternal twirling and stamping. Sometimes, women and men form two choirs to sing back and forth’ (Allen, page 155). The festival is also a tim

e of ‘whipping dances’, teasing, and love making, a time when the people are released from their traditional restraints and can do and express what cannot be done or expressed at other times. Pukllay also used to be the time of ritual battles (‘Yawar Mayu’–river of blood) between neighboring communities.

The ritual battles of Pukllay were outlawed by the conquering Spanish but continued in the more remote regions of the Andes up until recent times (within the living memory of Andeans interviewed by Catherine Allen). The battles were held at the boundaries between communities. The men from the two communities would fight each other while the women would sing songs encouraging their men to be brave and to not fear the river of blood. The battle could take various forms; the two sides might throw hard, unripe, fruit at each other, or they might form opposing lines and strike each other with their warak’a (slings) or with staffs. It was important that some blood be spilled during the encounter as an offering to the Pachamama (the great Being who is the mother earth) and to the Apus (the Beings who are the majestic mountain peaks) and to the various Sacred Sites. If a man died during the fight (an uncommon event but not unheard of) his body was buried there as further offering to the sacred Beings.

What is amazing to me about these fights is the way they embodied an appreciation of the complementarity of opposites. The men engaged in these ceremonial conflicts bravely, facing the possibility of injury or even death, while being cheered on by the women, yet the fights were held for the betterment of the larger Andean community that encompassed both sides of the fight. The blood that was spilled as an offering to the Pachamama was for the fertility of the fields in both communities, it was in this way a communal effort, a conflict to benefit both sides, which from a Western perspective is a rather mind-boggling concept. “Blood had to flow” an Andean man told Bolin as he was recounting his participation is such battles, “Pachamama needs a few drops of blood and we all come together to provide this offering. So we meet as opponents and end in solidarity” (Bolin, pg 95).

The fighting, while fierce and occasionally deadly, was not fueled by hostility. At the end of the battle the men from opposing sides might give each other exaggerated hugs, then sacrifice a sheep together, and settle down to a communal feast to celebrate their unity. If the point of this was to create a sense of larger community, then why fight each other? The reason was to reinforce the distinct identity of the two cultures, and to confirm their boundaries. “We must respect the borderlines”, the same man told Bolin, “only then can we live together in harmony” (Bolin, pg 95).  Two musical notes must be different if they are to harmonize.

On the flip side, if it is important that they fight each other in order to reinforce that they are separate entities, why then come together afterward to celebrate their union as one people? The answer is that this was the whole point of the ritual conflict. To embody the complementarity of opposites the distinction between the two communities must be made clear while at the same time they are brought together to form a single entity from which something greater than the two will emerge.

In the Andes, an encounter of differing energies, such as that of Yawar Mayu, is known as tinku or tinkuy. Tinku, as near as I can tell, is a noun (an encounter of differing energies) and tinkuy the corresponding verb. Not all encounters are tinkuy, Allen draws a distinction between a ritual encounter (tinku) and a brawl that she saw erupt between a group of men. The end result of tinkuy is a sense of unity among the participants. The brawl, on the other hand, was divisive and damaged the social fabric of the community.

Although tinku and tinkuy usually refer to ritual encounters they also have wider applications. The bringing together of different ingredients in cooking or in medicine is tinkuy. When two sets of in-laws build a house for a newly wed couple that is tinkuy. When two streams converge in a mass of swirling eddies they tinkuy, and such a place is full of uncontrolled spiritual forces that are liberated by (emerge from) the union of the two  streams. When a sprouting plant emerges from the earth into the sky, uniting those two different worlds, that is tinkuy as well. The encounter of different energies brings something new into existence, and this something is endowed with a vitalizing life force.

While the tinkuy of ritual combat in the Andes has been suppressed a form of it still lives on in the Andean whipping dances. In these dances people pair up and whip each other’s calves with their warak’a (slings). As with the ritual combat any blood shed is a sacrifice for the Pachamama, who will reciprocate in ayni by providing fertile fields for everyone. When male and female dancers pair up the whipping becomes more ferocious, and something else may enter the picture…(from a traditional Andean song sung by men and women during a whipping dance), “Shall we wander off, little brother? Shall we wander off, little sister? Let’s go pick our wakankilla flowers.” (Allen, pg 156) The couple may slowly disappear into the night, still dancing together.

“The festival of Pukllay is a celebration of life, love, fertility, procreation, and enqa, the very life force itself.” (Bolin, pg 110).  In the dancing and singing…and other activities…that occur during the festival the Andean people can step outside their normal social constraints, and yet at the same time these behaviors are channeled in a way that nourishes their culture and their relationship with Nature and the Cosmos. Blood shed is an offering to Pachamama and the Apus, given in ayni for the life they give to the animals and for the fertility they give to the fields. Tinkuy between communities reinforces their separate identities while at the same time uniting them into a stronger union. Young couples who ‘wander off’ during the dance go on to join in Andean marriage. From tinkuy new life force is released, and all actions are bound by respect for this newly animated life force.

My goal in writing this post is to plant the seed of tinkuy in my culture to see what blossoms.  Its essence, in a nutshell, is the importance of honoring and maintaining differences while at the same time bringing these differences together to form a union.  The result of this union of differences is the emergence of new life energy, to be honored and respected as if it were a new Being.  ‘As if it were’, it occurs to me, is the realm of intent.

Recommended Reading: The information for this post was pulled from:

Remember to Wave Your Warak’as